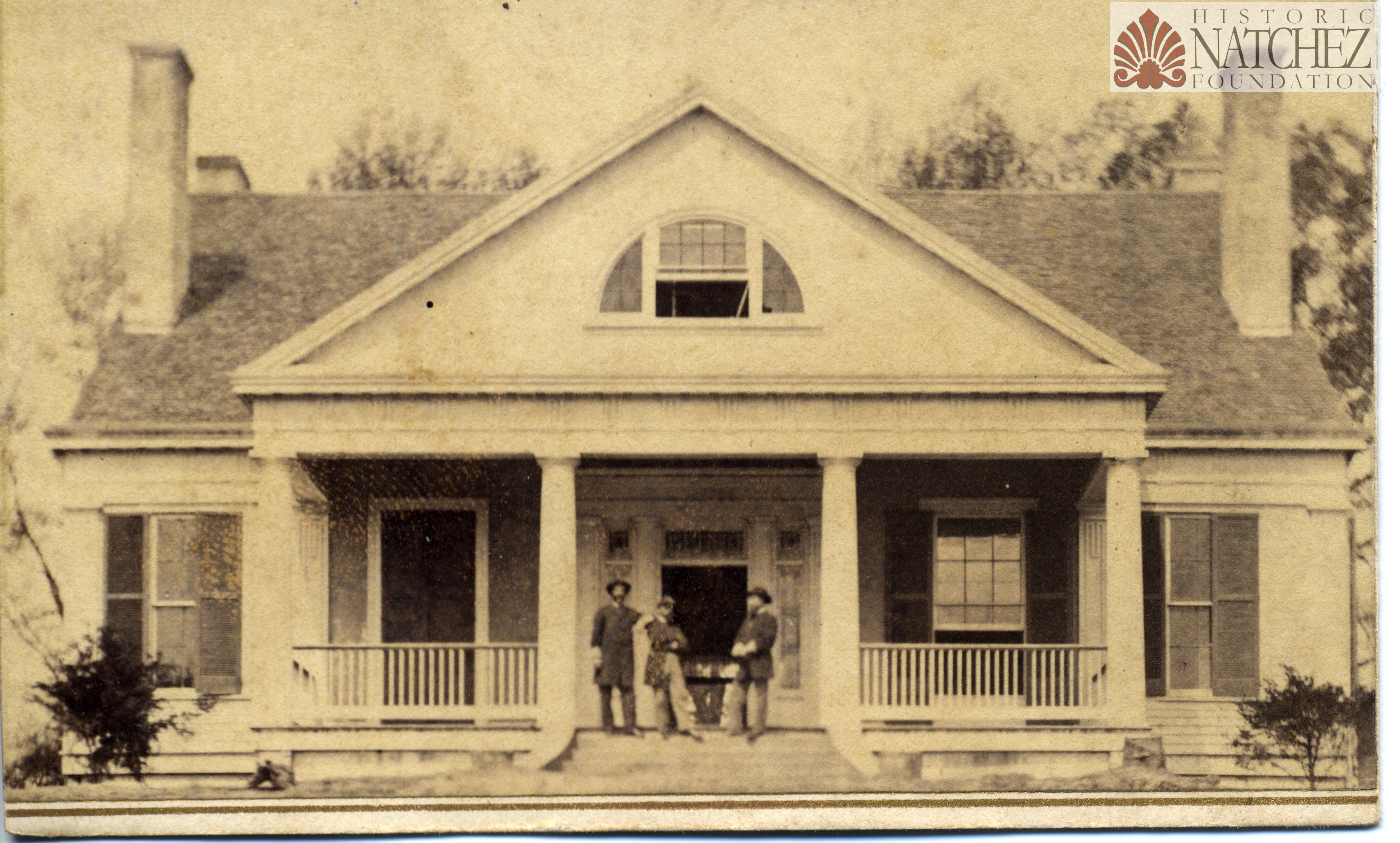 Located at 712 North Union Street, The Burn was constructed in 1836 for Aurora, New York, native John P. Walworth. This residence is one of the earliest examples of Greek Revival domestic architecture in the Natchez region. The Walworths named the house The Burn, a Scottish term for brook, and their descendants owned it until 1935.

This photograph, taken by Ephraim Holland Newton, below dates to c.1865 when The Burn was occupied as offices by the Union Army. One of the Union soldiers pictured, Captain Samuel Glyde Swain (far left), served as assistant engineer for the construction of Fort McPherson in Natchez.

On February 26, 1865, Captain Swain reported to his sister via correspondence: "Our office is in what used to be the sitting room of John P. Walworth's elegant residence. It is adorned with fresco work and moldings, has a chandelier for burning gas, coal grates, etc. Our bedroom is the back room or what used to be the dining room, is every way just like the front room, we do not boast of much furniture, it only consisting of rough tables, benches, stools, etc. which our mechanics have made for us. Our bedding is gov. blankets. Off from the bedroom is the washroom and out of that is a gallery that leads to the upper rooms of a brick building that stands on lower ground where is our dining room, store room, and a kitchen which is occupied by the cook, Marina, a mulatto woman."