The First Presbyterian Church is the grandest Federal style church building in Mississippi. Built 1828-29 and dedicated on New Year’s Day in 1830, the existing church is the second church on the site. The earlier Presbyterian Church building, which was designed by architect Levi Weeks, was begun in 1812 and completed in 1815. The construction of this first building preceded by two years the official organization of the church in 1817. In order to retire the debt for building the first church building, the Presbyterians held a lottery. Travel writer Henry Fearon commented on the Presbyterian lottery in a travel account published in 1818:

Lotteries are as prevalent here as in the eastern states; the one carrying on at this time is for building a Presbyterian church! The ‘scheme’ is preceded by a long address upon the advantages of religion, and the necessity of supporting Christianity by purchasing tickets in this HOLY lottery.”

The church building designed by Weeks was razed in 1828, and the hill upon which it stood was graded to accommodate a more commodious structure. Unfortunately, no documentation has been found to identify the designer and/or builder of the existing church. One of the earliest descriptions of the present building is found in Joseph Holt Ingraham’s The South-West. By a Yankee:

Of the other buildings of Natchez, the Presbyterian Church is the finest and most imposing. It stands on a commanding site, overlooking the public square….[The church] is constructed of bricks, which are allowed to retain their original colour; and surrounded by buff-coloured pilasters of stucco work, which is here generally substituted for granite in facings. It is surmounted, at the west end, by a fine tower of successive stories; on one side of which is a clock, conspicuous from the most distant parts of the city and suburbs.” You are aware, probably, that there are in this country no Congregationalists, so called; Presbyterians supply the place of this denomination in the ecclesiastical society of all the south and west….The congregation was large, attentive, and so far as I could judge, as exteriorly fashionable as in Boston or New-York [sic]. The interior of the building is plain, and vaulted. A handsome pulpit stands opposite the entrance, over which is a gallery for the coloured people. The pulpit is deficient in a sounding-board, that admirable contrivance for condensing the voice, which, in a apartment of vast dimensions, has too great expansion. There was neither organ nor any other instrumental aid to the church music, which, though exclusively vocal, was uncommonly fine—the clergyman himself leading….The church in Natchez includes about one hundred members, which is the largest number in any one church in the whole state.

Although largely unaltered since it was dedicated in 1830, the church has undergone some periodic remodeling—both for fashion and function. In 1836, during the rage for Greek Revival, the church was stuccoed and scored to resemble ashlar masonry. In 1838, members decided to increase the balcony seating, and the gallery at the rear of the sanctuary extended down both sides of the sanctuary. The 1840 tornado destroyed the tower and severely damaged the roof, and it took the congregation two years to rebuild. In 1851, members extended the depth of the church sixteen feet at the pulpit end under the supervision of architect James Hardie. In 1853, a cast-iron fence was erected around the churchyard.

In 1859, two windows on the façade were remodeled to create two additional entry doors flanking the central entrance. Also, in 1859, the church installed gas lighting fixtures and undertook an elaborate interior painting scheme. Artist D. W. Ducie painted the walls to look like blocks of veined marble. He painted the ceiling in a geometric pattern with trompe l’oeil cornice, frieze, and architrave, and centerpieces. The Mississippi Trader described the changes to the church in an 1859 article:

To investigate the laurels bestowed on the artist to whom we have heretofore referred, we repaired the other day to the lst Presbyterian Church of our city on Pearl St. and examined the repairs, alterations, improvements and adornments in and about that edifice, made within the last few weeks. The main entrance to the church has been increased by the addition of two doors, and the walls and ceilings of the interior are sheen with new suits of paint and happy device of cornice, frieze, architrave and center pieces. Back of the pulpit is a niche (or seemingly one) so artistically done as to excite the wonder and admiration of every beholder.

In 1873, the church installed the gas light reflector in the sanctuary ceiling and, in 1896, the church was electrified. Also, in 1896, the elaborate painted ceiling of 1859 was covered with a pressed-metal ceiling that was painted cream, blue, and saffron.

In 1890, First Presbyterian laid the cornerstone for a large, rear Sunday School addition, which was designed by Spier (Frederick H.) and Rohns (William C.) of Detroit. The addition was named Stratton Chapel in honor of Dr. Joseph Buck Stratton, minister of the church from 1843 to 1893 and pastor emeritus from 1893 until his death in`1903. Dr. Stratton kept a detailed diary spanning the entire breath of his sixty years of service to the church and community. This diary represents one of the most comprehensive accounts of nineteenth-century Natchez.

A companion building to First Presbyterian is the Presbyterian Manse at 307 South Rankin Street. Built ca. 1825, the federal style house has been home to ministers since 1838. 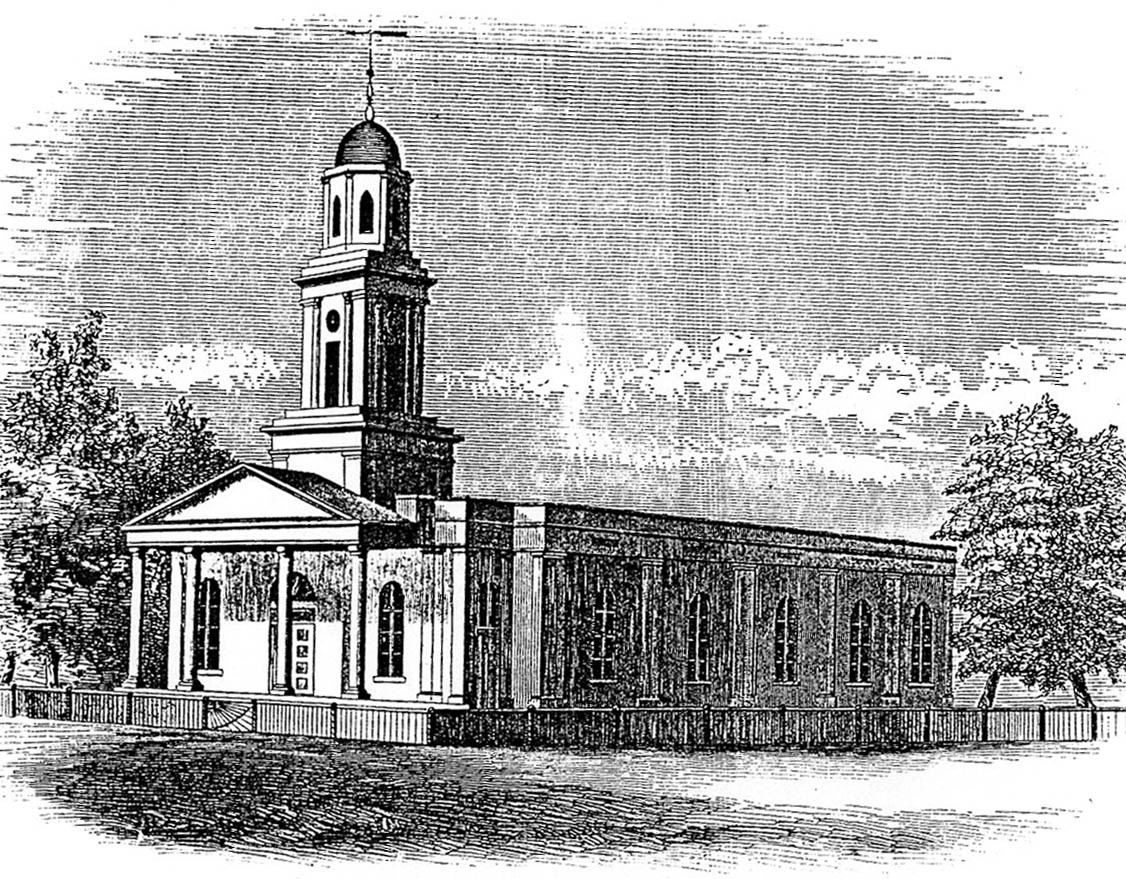 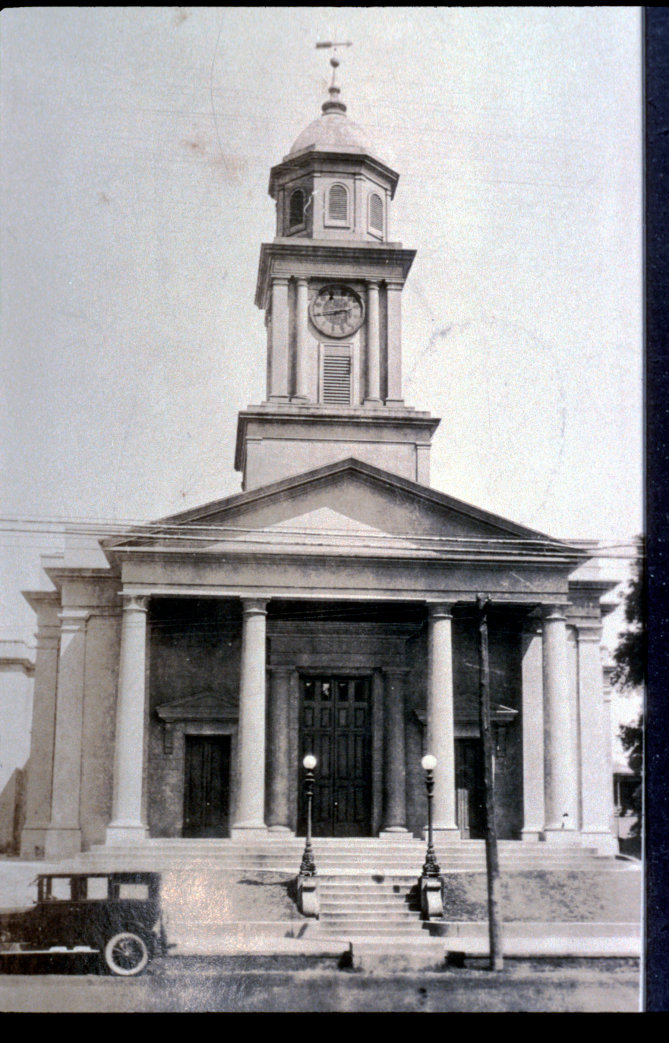 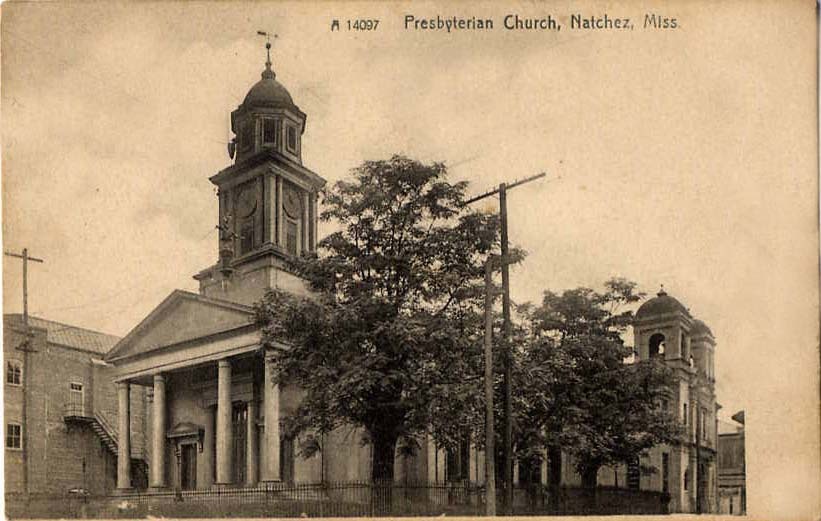 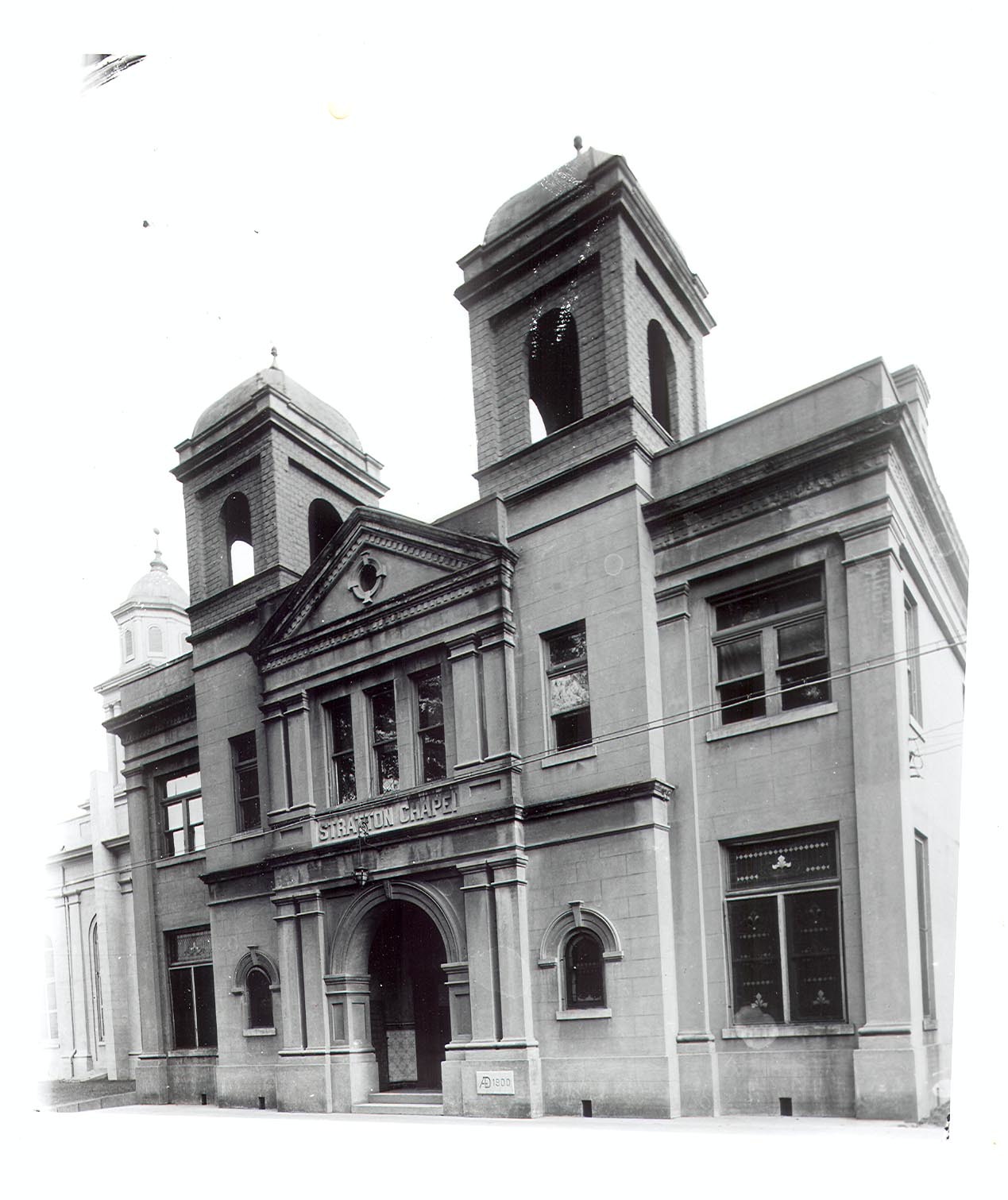 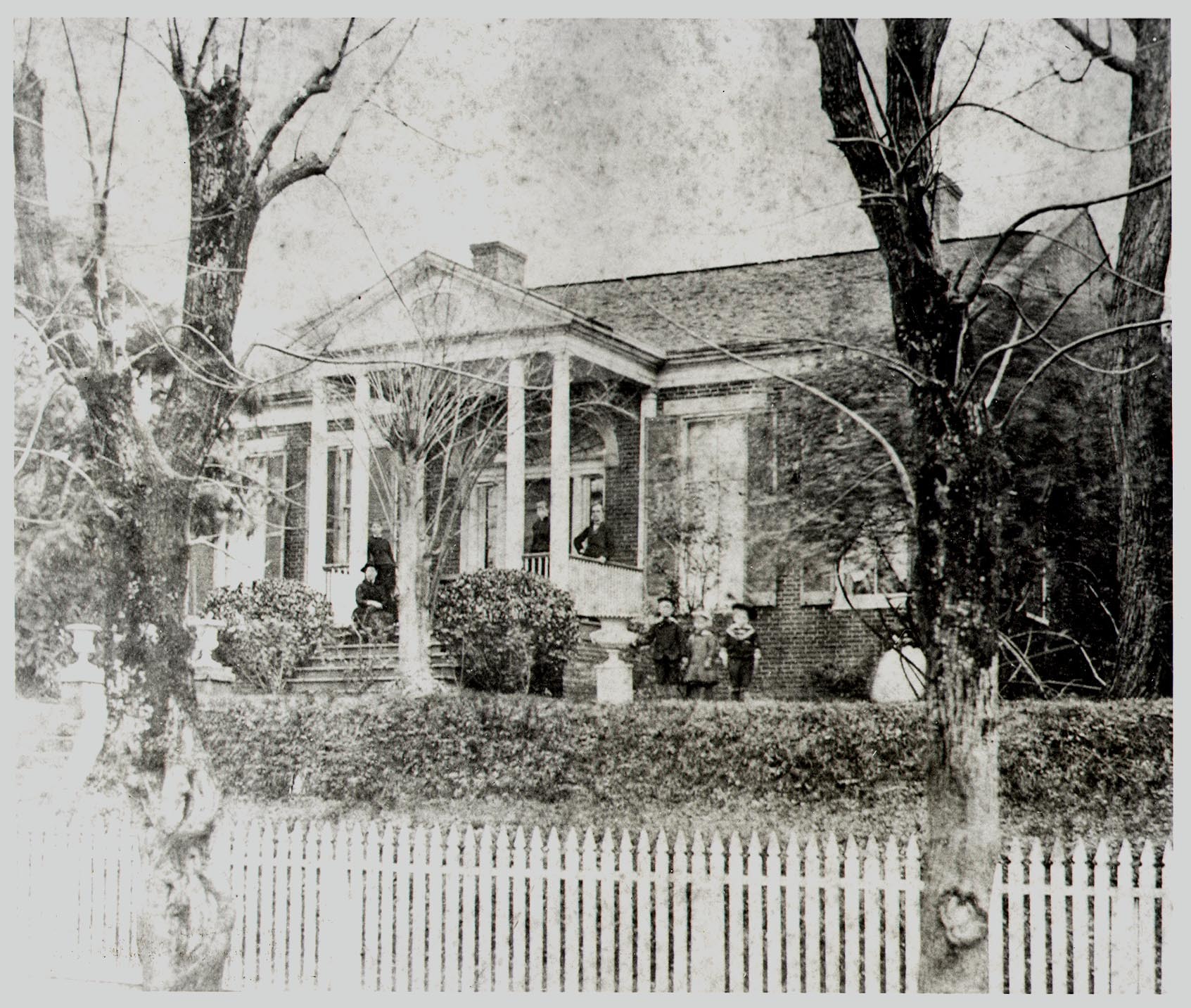