From the Collection: Melrose

This amazing lift-top Japanese black lacquer sewing table originally belonged to Allie Austen McMurran, pictured here, who arrived in Natchez after her 1856 marriage to John McMurran, Jr. The couple was wed at the bride's family home in Maryland and after a lengthy honeymoon, took up residence with his parents at Melrose. According to her grandson, Allie was sitting at this table on September 2, 1862, when the USS Essex shelled the city of Natchez.

In her diary, she wrote, "... the bombardment of Natchez took place. John was on the plantation and I was sitting quietly by my window just after dinner when the report of heavy guns and some balls went crashing through the branches in the little woods between Aunt Fanny's [Roselawn] and Melrose. And then another and another and so it went on. Soon a note from Monmouth saying a ball had just fallen in their yard... It was brought on by the madness of a few private citizens firing on a boat crew sent ashore for ice and molesting nothing. The valiant Douglas Walworth leading the Huns."

Decorated with gold leaf, this sewing table has many small compartments under the lid and turned legs with carved animal paw feet. A paper label provides the name of the maker in Japanese which translates to Teruyasu. This helps us date the table to c.1860. Though we know this table was made in Japan, this black lacquer and gold decorative motif is often called "chinoiserie." When acquired by the park, the table was missing the cloth bag or pouch but that was recently replaced when the table underwent restoration.

Also known as work tables, these items were typically placed in parlors where proper ladies would sit and sew, embroider, etc. The bag provided a place for the lady to quickly push all of her work off of the table so she could focus on visitors should someone arrive. This table is certainly in the high style of the day and could easily have graced the parlor at Melrose, but since we have documentation that Allie was sitting by "her" window at this table, it sounds as if she was in her bedroom upstairs, and that is where the table is on display for now. The wonderful item was donated to the park in 2014 by Gen. George Moseley, Allie's great-great-grandson.

While Melrose and the William Johnson House are temporarily closed, we will be sharing items from our museum collection with our followers on social media. We hope that you will enjoy seeing these interesting objects, some of which are not on display. We look forward to welcoming you to our sites when we reopen to the public. 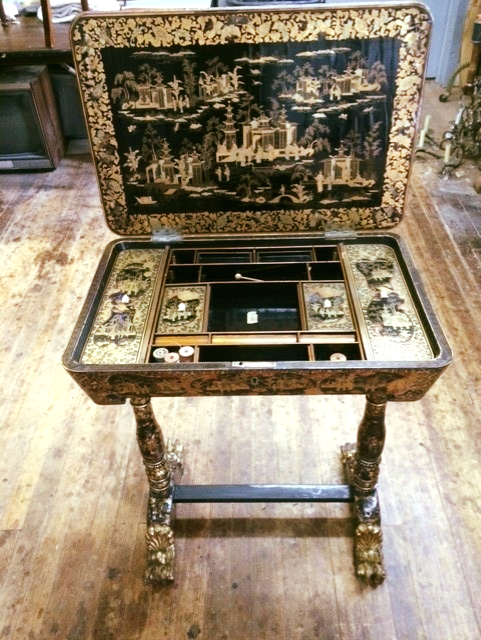 A mid-19th century Chinoiserie sewing table on display at Melrose. 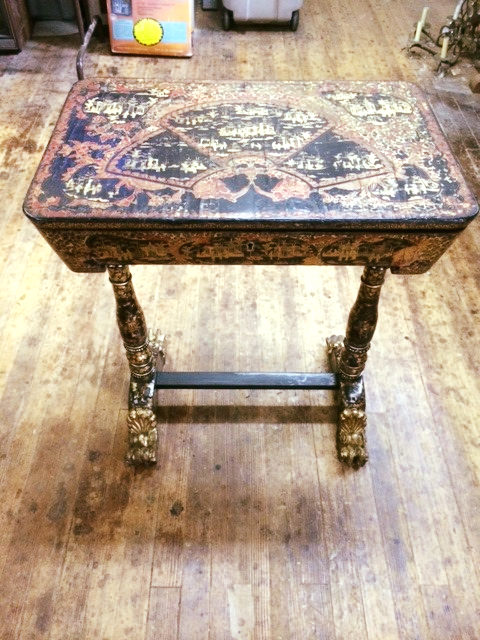 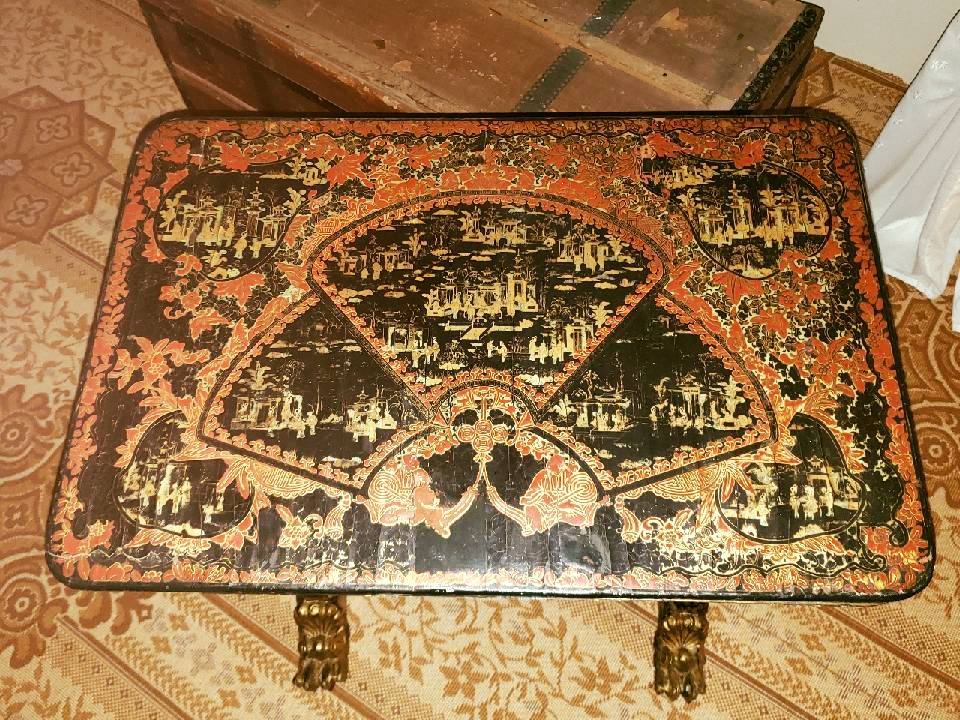 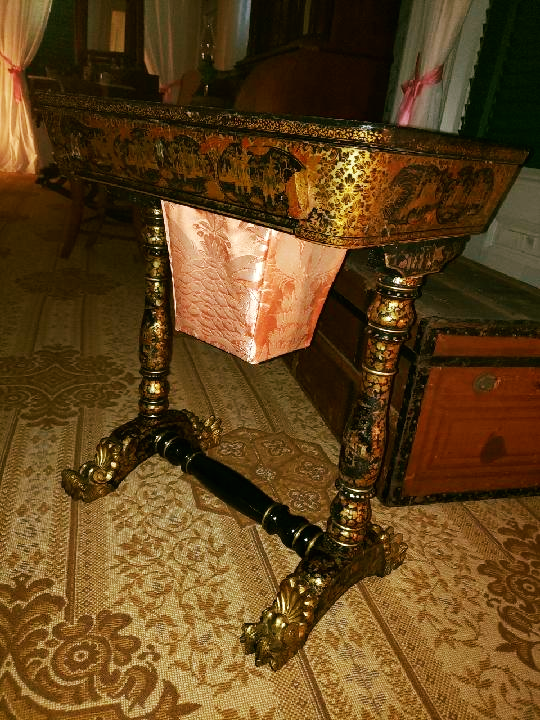 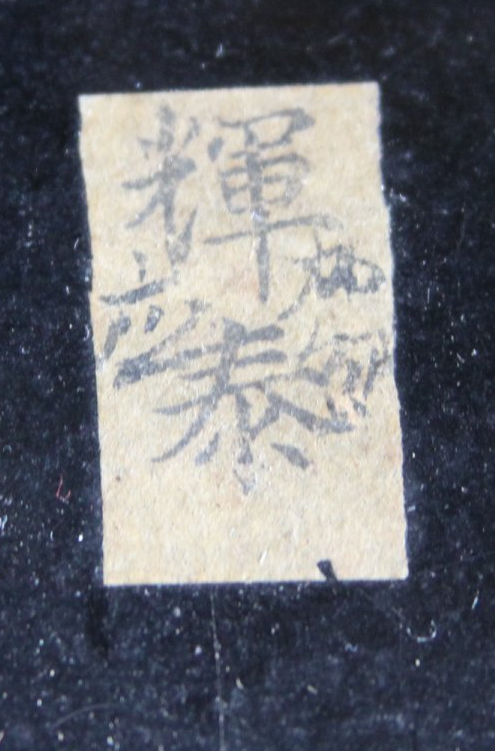 A Japanese label bearing the name of the maker of the sewing table. 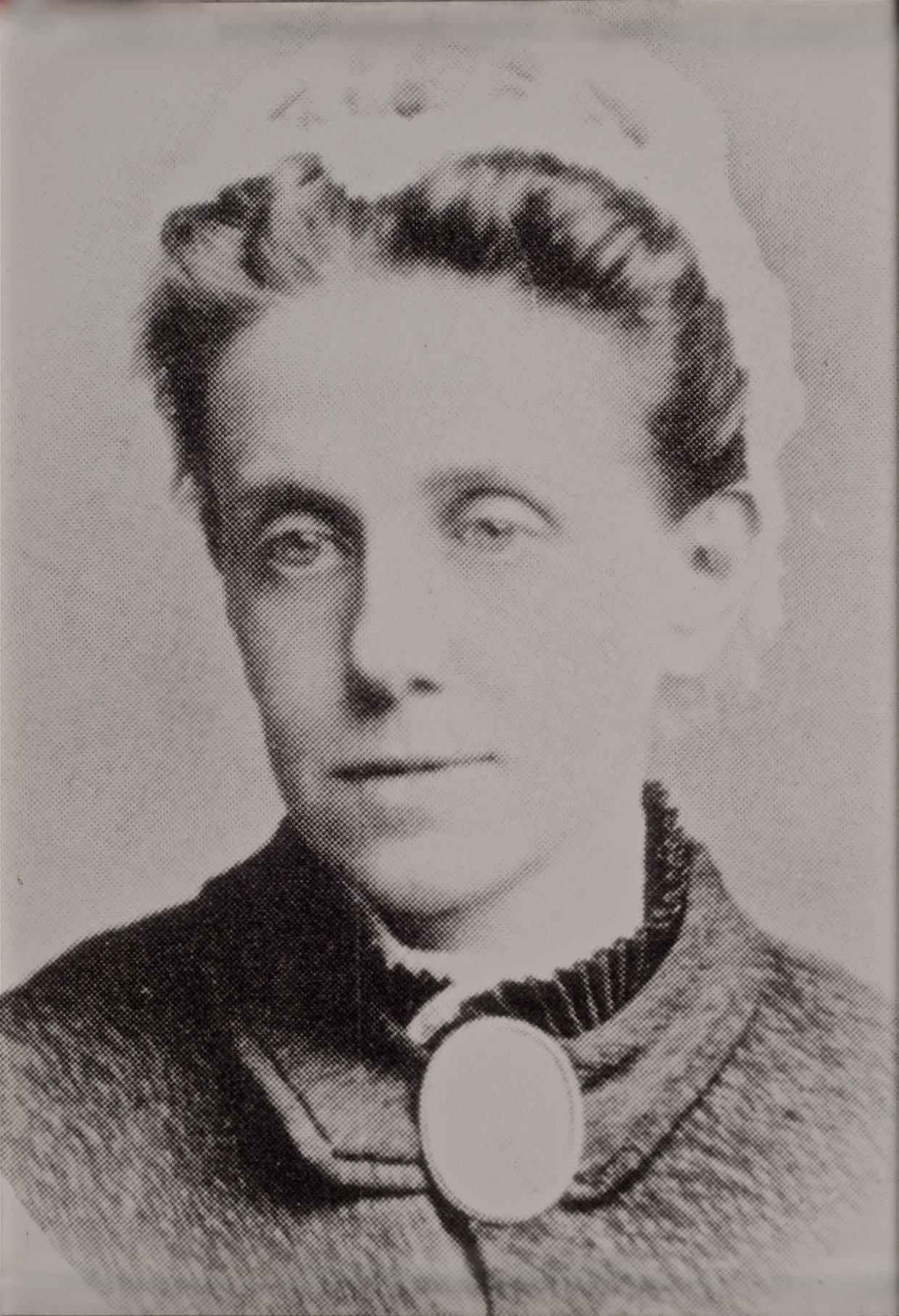