From the Collection: Melrose

Many 19th century American houses were filled with what is commonly referred to as "Old Paris" porcelain, which is very broadly defined as porcelain made by artisans in and around Paris from the late 18th century to the 1870’s. Recently, the discovery of mid-19th century factory design books has helped identify a great quantity of Old Paris as being produced by the Haviland Company, established by Americans and brothers David and Daniel Haviland to help satisfy their countrymen's demand for French porcelain.

This large Rococo Revival vase on display at Melrose stands almost 20" tall, and is decorated with leaves and vines and features a young woman strolling in a garden. The Rococo Revival style was an expression of mid-19th century Romanticism and the growing interest in and embrace of nature. The vase is unmarked and may very well be a piece manufactured at the Haviland factory in Limoges.

While Melrose and the William Johnson House are temporarily closed, we will be sharing items from our museum collection with our followers on social media. We hope that you will enjoy seeing these interesting objects, some of which are not on display. We look forward to welcoming you to our sites when we reopen to the public. 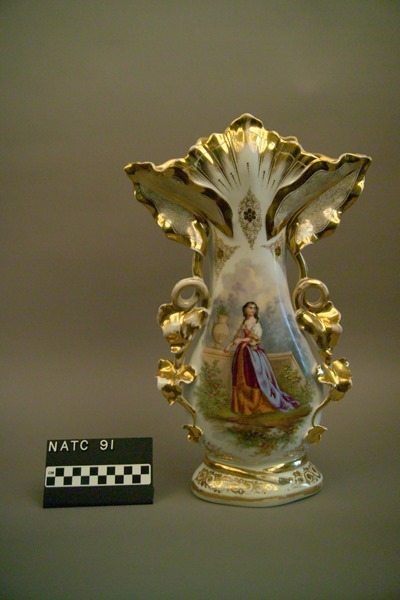