On Thursday, July 9, the Mississippi Heritage Trust announced the recipients of the 2020 Heritage Awards at Temple B’nai Israel in Natchez. A small group of Natchezians gathered at the Temple, while hundreds of preservationists around the state watched the program live on Facebook to celebrate 39 amazing achievements in historic preservation. Presented by BankPlus, the Heritage Awards featured artwork by noted Mississippi artist Kate Lee Laird. From the breathtaking transformation of Centennial Plaza in Gulfport to hands-on history at the LePoint-Krebs Foundation’s Field Trips in Pascagoula, this year’s awards honored the hard work and commitment of many individuals, civic organizations, educational institutions and local, county and state governments to preserve the places that tell the story of Mississippi.

Natchez was well represented in the awards. Ginger and James Hyland earned a Heritage Award of Merit for Restoration for their work on their home, The Towers. Debbie and Gregory Cosey received two honors: Heritage Award of Merit for Restoration and Preservation of African American History for their work at Concord Quarters. The Mississippi State Society, Daughters of the American Revolution, was honored with an Excellence in Stewardship of Historic Sites award for its continued preservation and interpretation of Rosalie Mansion. The Grand Village of the Natchez Indians, along with partners Mississippi Department of Archives and History, University of Mississippi Center for Archaeological Research, and the University of North Carolina at Chapel Hill, was honored with the Heritage Award for Archaeology for its project to locate missing mounds at the site. Natchez continues to lead by example on a statewide level.

A special Presidential Award was given to the Historic Natchez Foundation to recognize its ongoing work as a champion for the preservation of the special character of Natchez and the Prentiss Club restoration project. In September 2018, the Prentiss Club suffered a major fire, destroying the entire roof structure and damaging the interior. The Foundation acquired the building and completed an exterior restoration including the installation of a new roof, repairs to windows and doors, and overall stabilization of the structure.

The Historic Natchez Foundation is honored to receive this award. The Foundation would like to thank its board of directors as well as all of its members for their support. HNF will continue to fulfill its mission by preserving and telling the story of Natchez while stimulating development through the rehabilitation of historic properties. 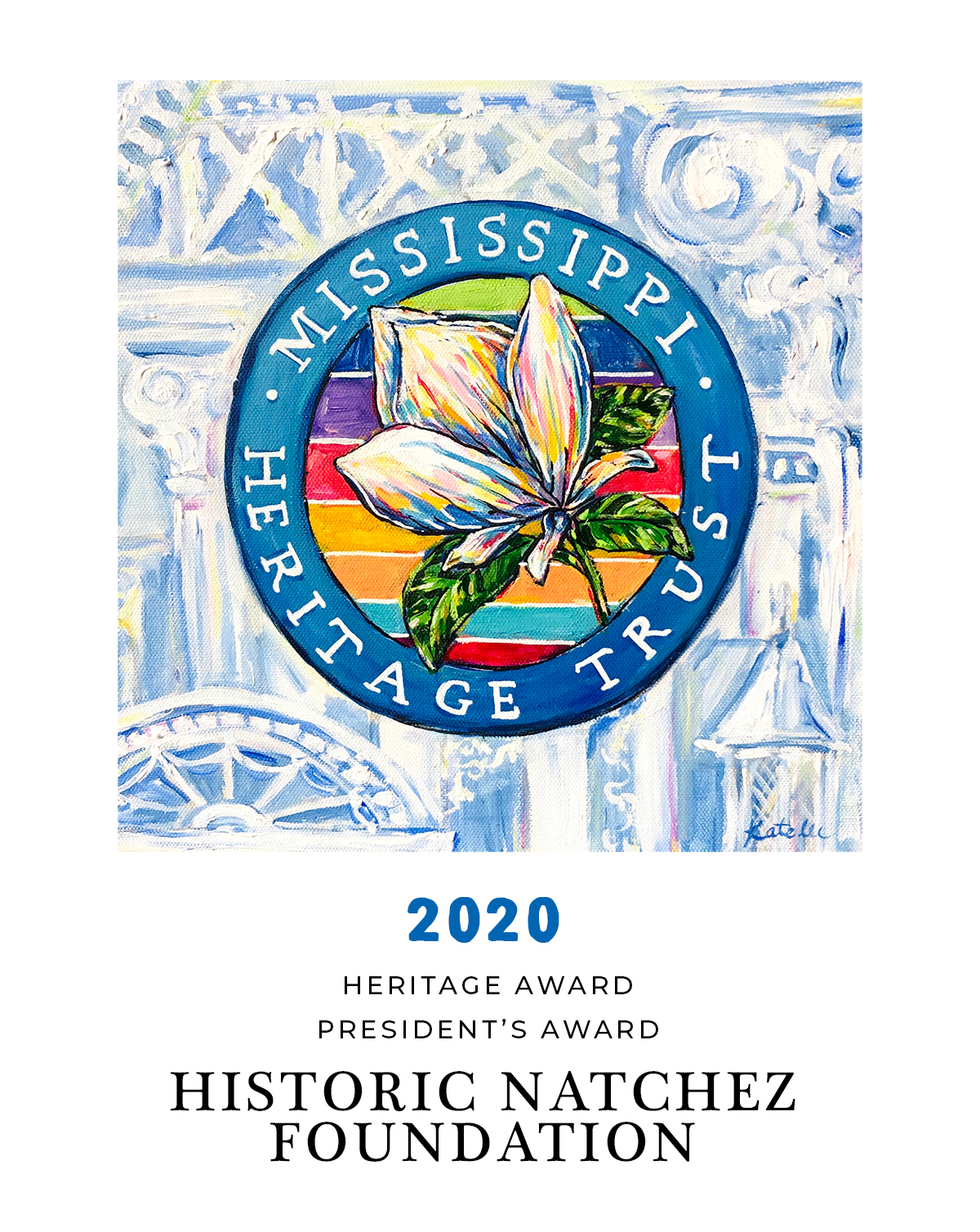