Natchez has a lengthy history related to hot air ballooning. As early as 1806, balloons descended on the city. By 1836, ads in the Mississippi Free Trader announced, "R. Clayton will make a Grand Ascension from Natchez...In his well known Aerial vessel Star of the West." Tickets sold to witness the inflation and launching were one dollar and half price for children. In 1858, another balloon ascension took place in Natchez. Eugene Godard, "by far the most celebrated and skillfull balloonist," brought his balloon the 'Leviathan,' with a special parachute attachement. Throuhgout the nineteenth and early twentieth centuries, hot air balloon events took place in Natchez.

While having lunch in 1986, James Biglane, Cappy Stahlman, and Ron Riches discussed how great it would be if Natchez had a balloon race. Ron Riches reached out to the Historic Natchez Foundation, asking if they might be interested in trying to produce a race. With about six weeks lead time, the first race was held at the Natchez Mall on November 8 and 9 and was largely sponsored by United Mississippi Bank. With the second race in 1987, the third weekend in October was established as the permanent date. In 2020, the now Natchez Balloon Festival celebrated its 35th annual year. 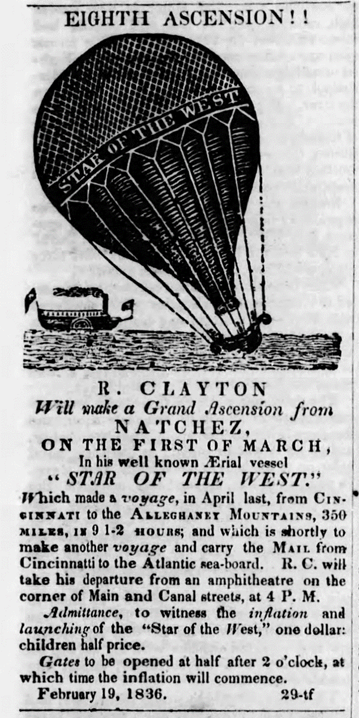 Ad for balloon ascension in 1858 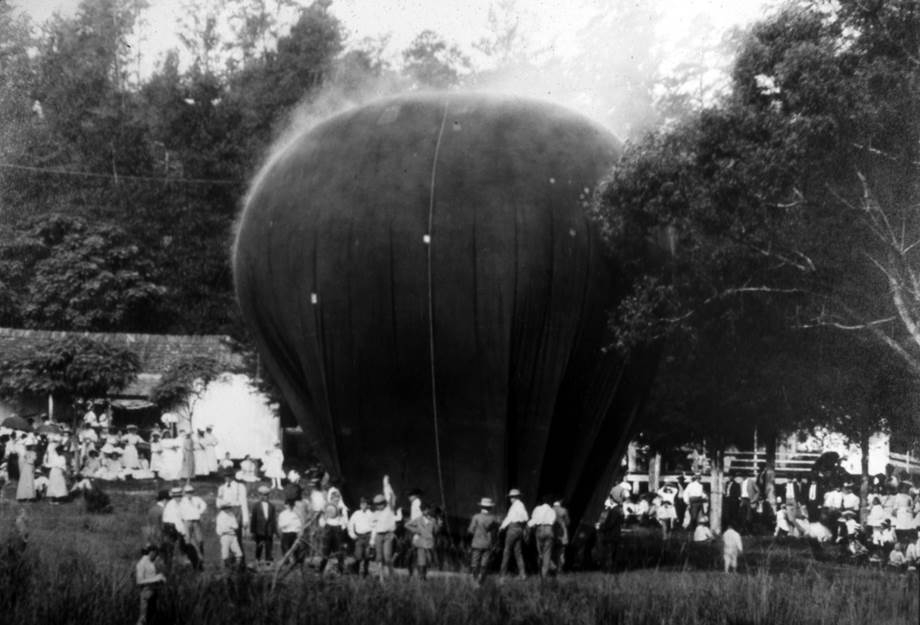 Balloon lift off at Lansdowne Park