Natchez had a Lighthouse?

In April 1830, C.A. Lesueur completed this sketch drawing of the lighthouse on the bluff in Natchez. Five years later, in 1835, traveling writer Joseph Holt Ingraham recorded the Natchez lighthouse in the second volume of his two volume book, The South-West. By A Yankee.

Ingraham noted, "The lighthouse upon the bluff, at the northwest corner of the city, is well-deserving of notice, though not properly ranked under the public buildings of Natchez. It is a simple tower, about forty feet in height, commanding a section of the river, north and south, for about twelve miles. A lighthouse on a river bank, three hundred miles from the sea, has certainly no place in the theory of the utilitarian. The use of its projectors must be determined. Were a good telescope placed in its lantern it would make a fine observatory. Now, it is merely a standing monument."

The lighthouse was constructed by the federal government in 1828 and was destroyed by the tornado of 1840. It stood near the site of the Yazoo and Mississippi Valley depot on Broadway Street. 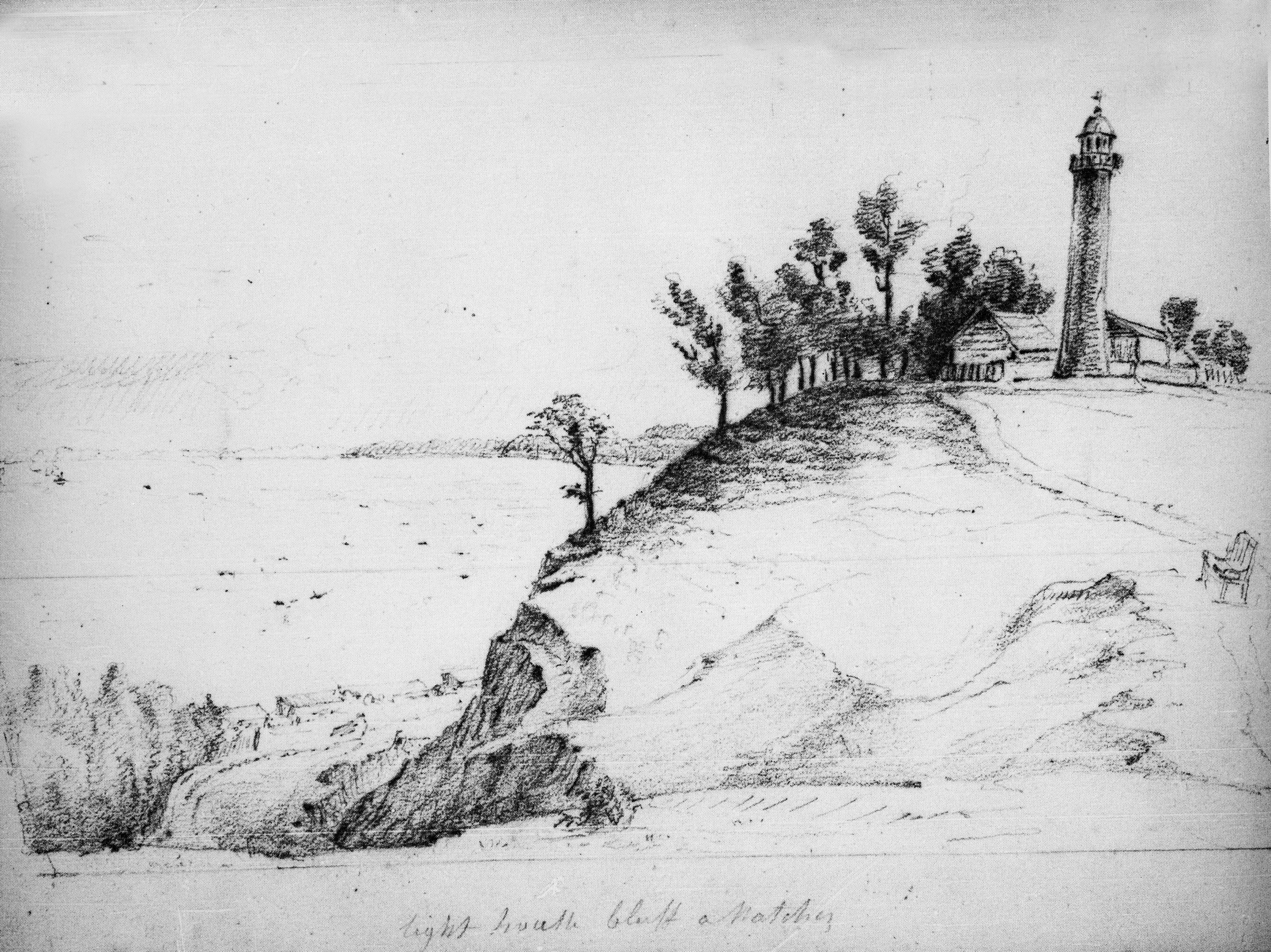