The historic photograph of Auburn depicts a non-extant two-tiered covered walkway leading from the quarters/kitchen building to the main house. At Rosalie (second image), the covered walkway connecting the quarters/kitchen to the house still remains. The exterior stairway and entrance at Melrose (third image) provide an example of dedicated spaces for enslaved servants. These spaces at Melrose were covered and screened from areas used by the family, intentionally placing enslaved servants and workers outside the public view. As the Natchez Outbuilding Survey progresses, we hope to better understand how enslaved peoples moved throughout their daily world and what role architecture played in this movement. 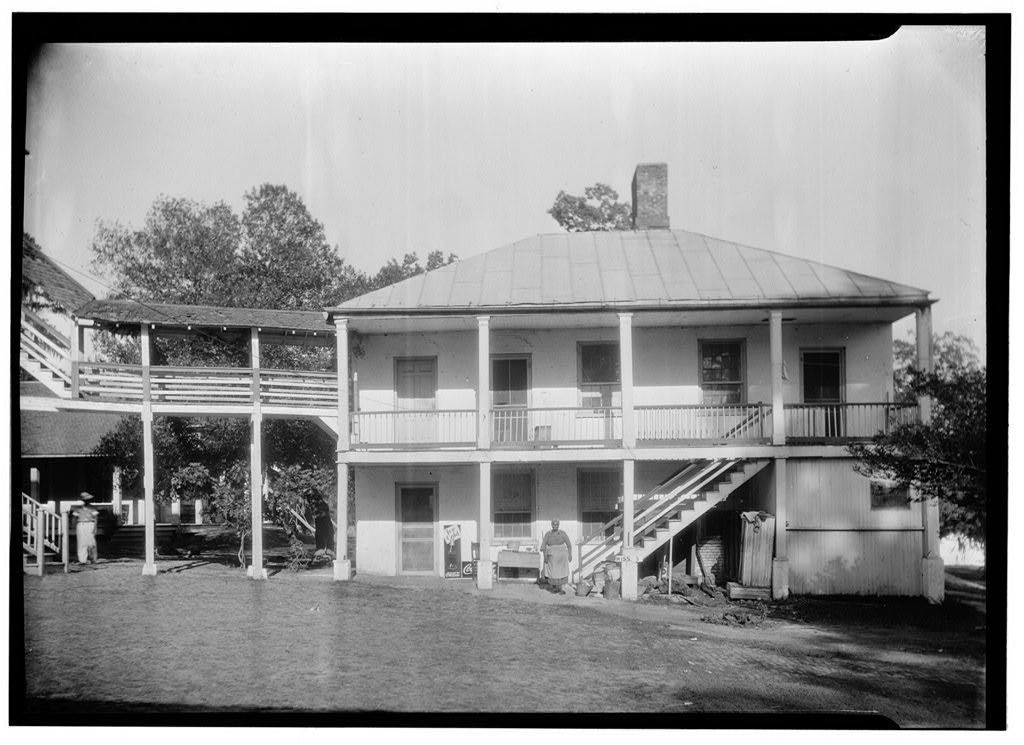 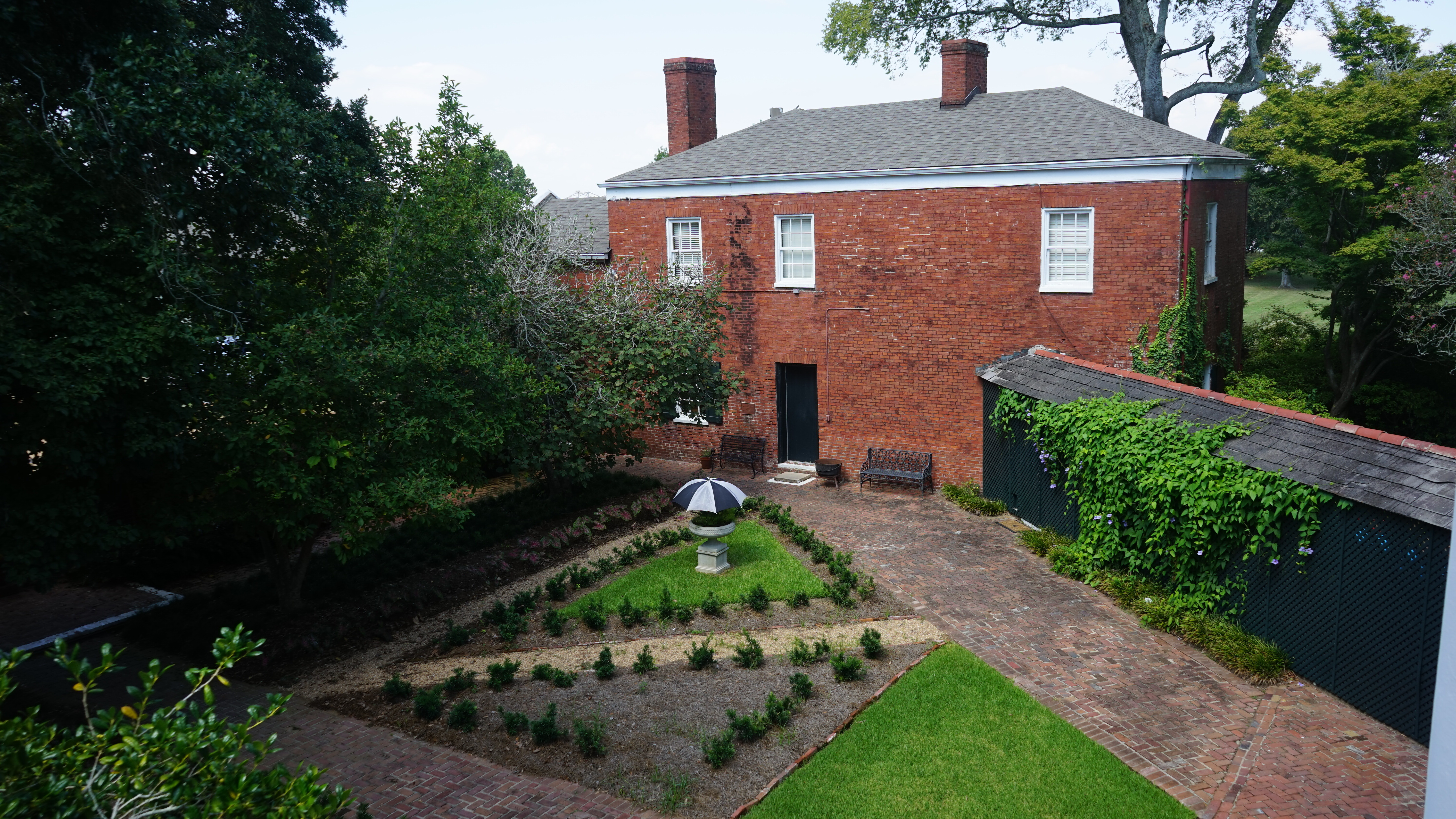 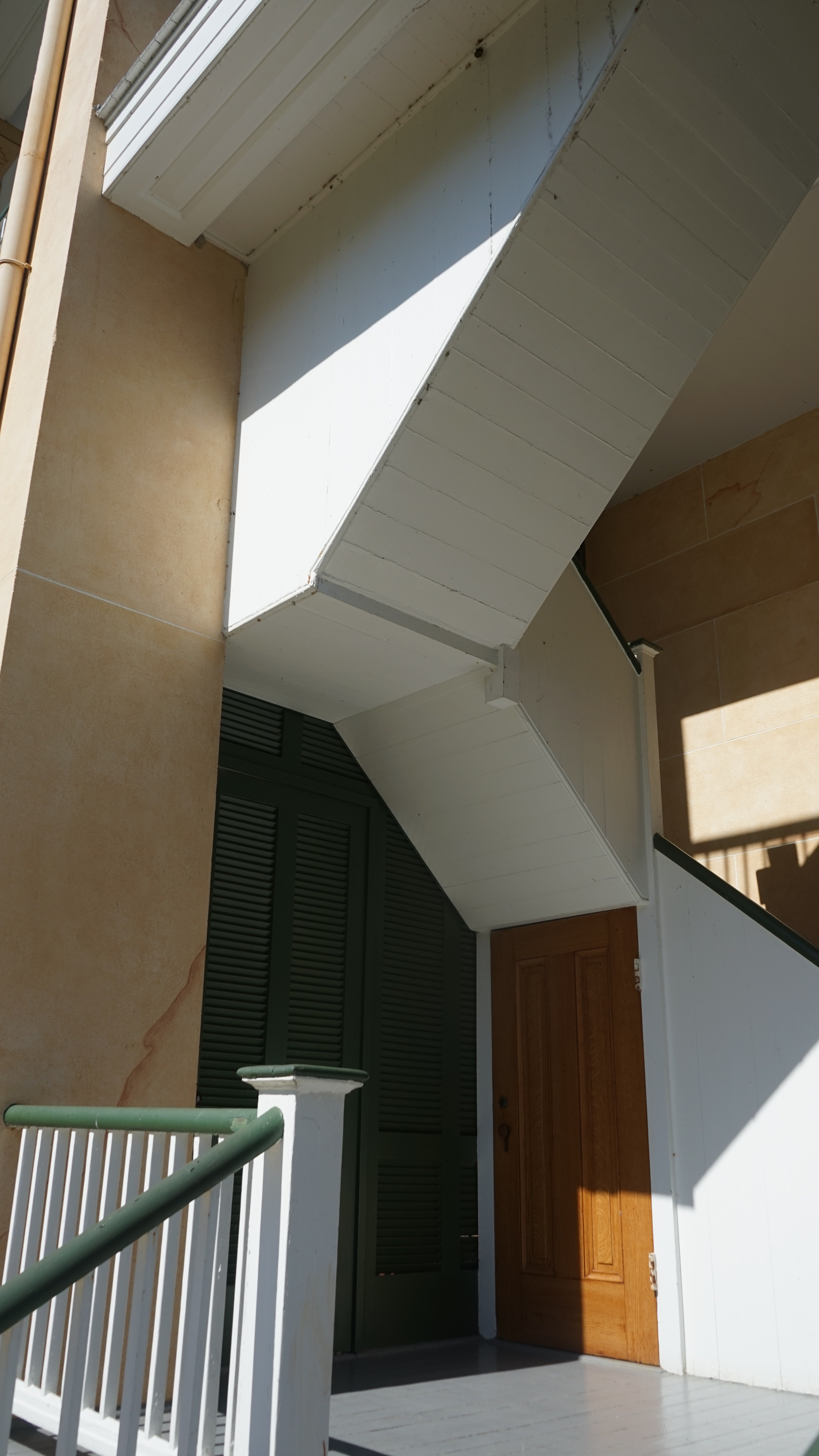