Naturalist John James Audubon (1785-1851) made his first brief appearance in Natchez in December 1820. He returned in March 1822 and remained until October 1823, with only a few forays from the city. He first secured a teaching position at Elizabeth Female Academy in nearby Washington, a small village six miles from Natchez that was the territorial capital from 1802 until statehood in 1817. He enrolled his two sons in Jefferson College, the state’s first state-chartered institution of higher learning and also located in Washington. He soon tired of the six-mile commute from Natchez to Washington and later taught at two Natchez academies, one operated by “Mrs. & Miss. Brevost” and the other by Benjamin Davis, who advertised that Mrs. Audubon would instruct in the “various branches of Literature, Needlework and Embroidery” and Mr. Audubon would give “Drawing and Music Lessons in the same Room.”

Audubon made some pivotal connections in Natchez, including C. R. Parker (1799-1849) who advertised to paint portraits in 1821 and later traveled with Audubon in Europe. He also met John Stein (no dates) who earlier tutored Thomas Cole and James Reid Lambdin and gave Audubon his first lessons in oil in December 1822. The two artists briefly partnered in 1823 and headed their newspaper advertisements with “Portrait Painting. Messrs. Audubon & Steen [sic].” They proposed to paint oil portraits for fifty dollars, miniatures for thirty dollars, and black chalk sketches for ten dollars. Audubon drew black chalk sketches of his friend, self-taught naturalist Benjamin L. C Wailes, and other members of the Wailes family, all of whom resided near Washington, Mississippi.

Audubon soon applied Stein’s lessons to an oil landscape of the City of Natchez. He had noted earlier on November 3 that he was “engaged in sketching a view of Natchez.” Audubon and Stein appear together in the foreground of the landscape with brush and palette in hand and shaded beneath an artist blind. They briefly partnered in 1823 and headed their newspaper advertisement with “Portrait Painting. Messrs. Audubon & Steen [sic].” They proposed to paint oil portraits for fifty dollars, miniatures for thirty dollars, and black chalk sketches for ten dollars. 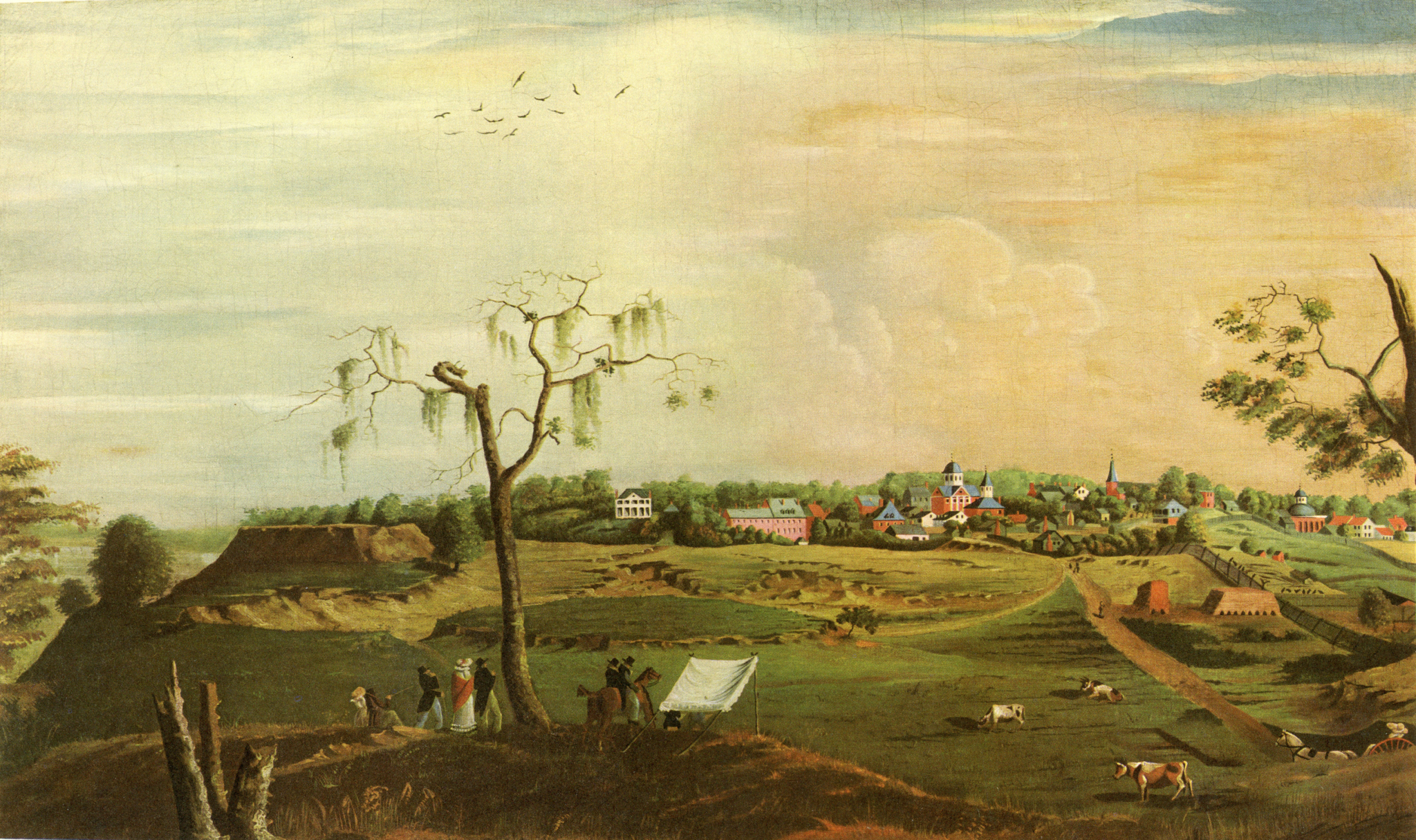