You might have noticed this large brick building on North Commerce Street, situated between two homes in a residential area of downtown Natchez. This building once served Stanton Hall as a carriage house and stables. Originally, the building included three rooms with corresponding openings for carriages and livestock. The structure was enlarged between 1892-1897 and was listed as a cotton warehouse on Sanborn fire insurance maps throughout the twentieth century.

Information about this building and other dependencies for Stanton Hall is included on the recently installed interpretive panels at the house. 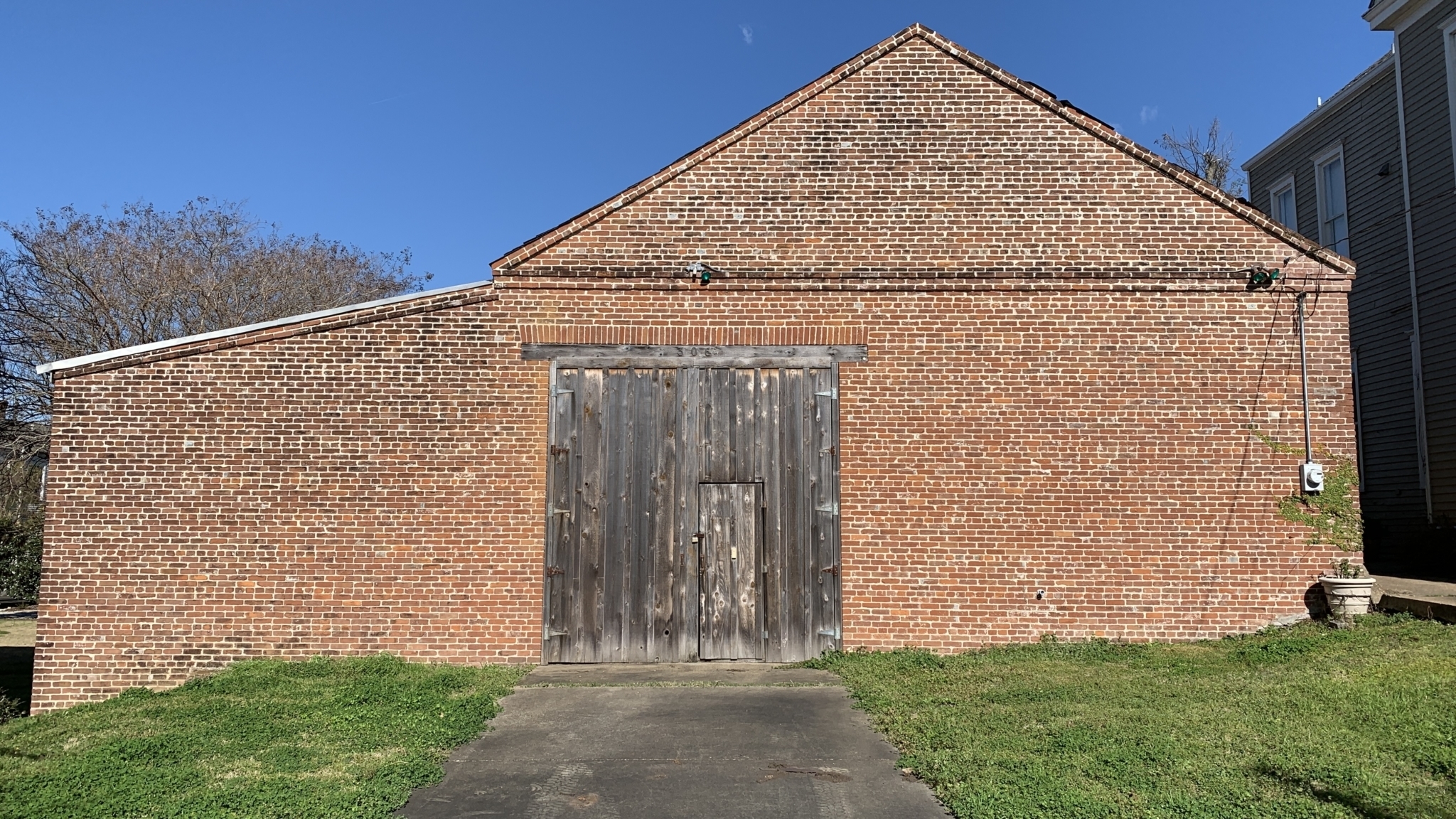