The building at 100-02 Main Street was built in two major stages with the earliest western section erected about 1850 for planter and cotton merchant Thomas Henderson. The building is important as the only surviving, antebellum cotton warehouse in Natchez.

This [Broadway] street suffered the most of any part of the city in the tornado of 1840; but we are pleased to see the numerous evidences of renovation and embellishment--a vast improvement to its appearance has been made by the erection of the most splendid Cotton Warehouse in the city, by Thomas Henderson Esq., at the corner of Broadway and Main Street. This edifice, enclosing more than one fourth of the square of the city, together with the new house of Robert Smith, both substantially built of bricks, slated and fire-proof, add much to the beauty of the street at the foot of Main and fronting the lovers' "bridge of sighs," as the arch connecting the two promenades is poetically called. The counting room of L.R. Marshall, Esq. may also be found in Mr. Henderson's new Warehouse.

Between 1864 and 1886, a two-story brick addition (about 23 feet wide) was made to the eastern side elevation and a one-story brick addition added to the southern rear elevation. An 1864 Civil War map, Sanborn Insurance Maps, and the physical evidence clearly identify the original building and its later additions. The windows of the western side elevation of the original portion are typical of the mid-19th century with splayed brick arches and six-over-six, double-hung windows. The windows of the eastern addition are typical of the late nineteenth-century with segmental brick arches and two-over-two, double-hung sash. Between 1892 and 1897, the two sections of the building were united behind a common, elaborate, pressed-metal facade.

By 1892, the building housed a wholesale grocery owned by Rumble and Wensel. In 1935, the Federal Emergency Relief Administration occupied the building. The WPA office seems to have been housed in the building until the beginning of World War II, because the Natchez City Directory lists the WPA Commodity Project at this address in 1941. After World War II, the building again housed auto sales and services businesses. In 1946, 100 Main Street was the business address of Alex's Fender and Body Shop, and 102 Main Street was Bluff City Motors, Inc. By 1947, Bluff City Motors occupied the entire space. The building has housed a variety of businesses during the second half of the 20th century. 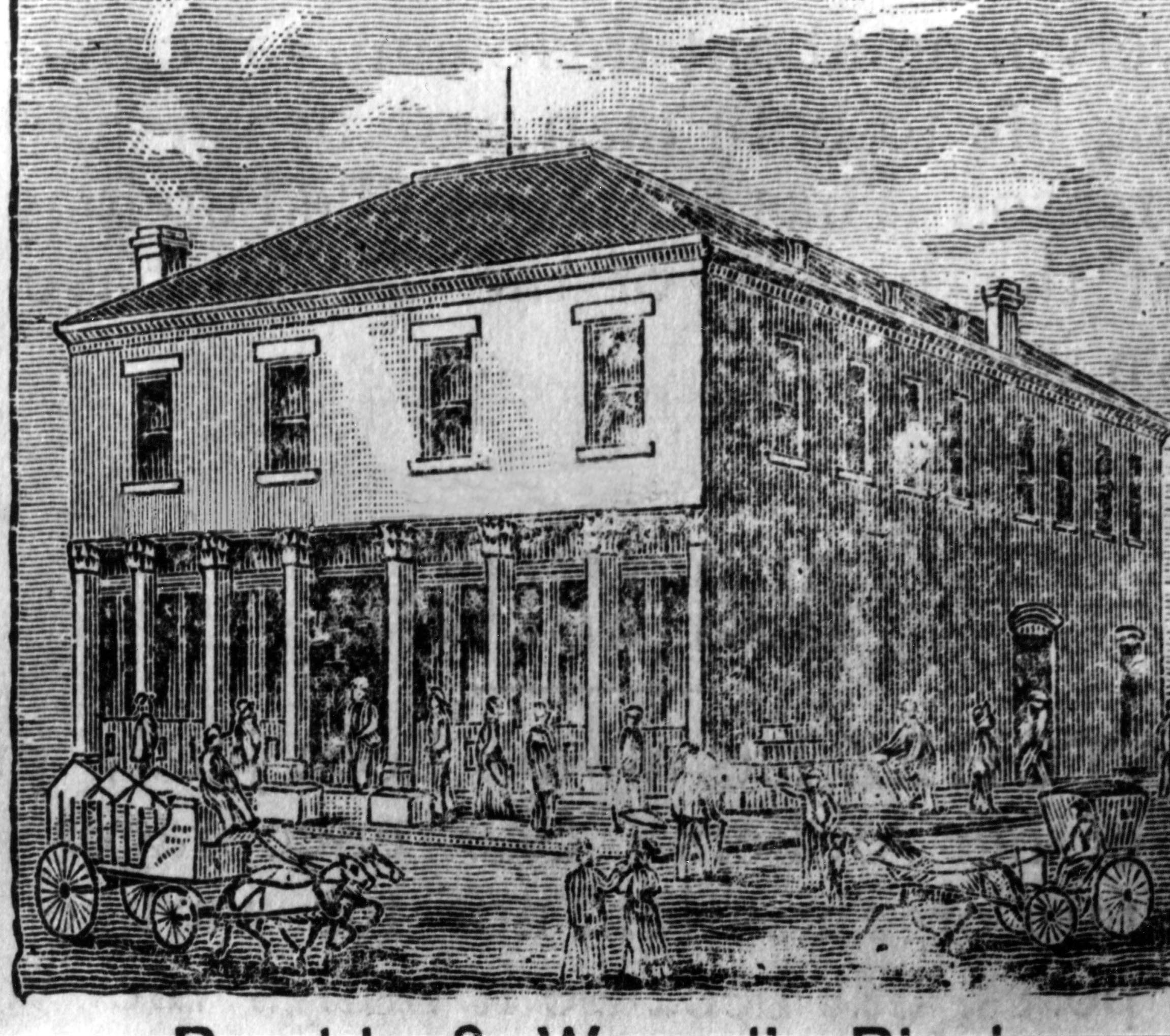 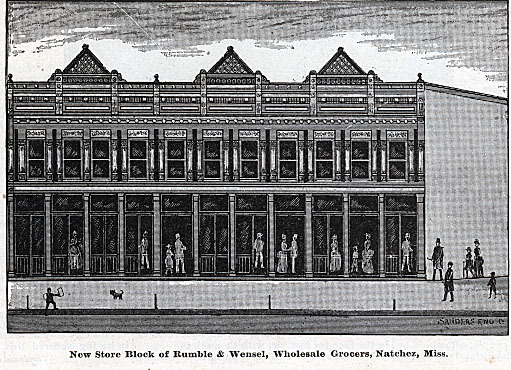 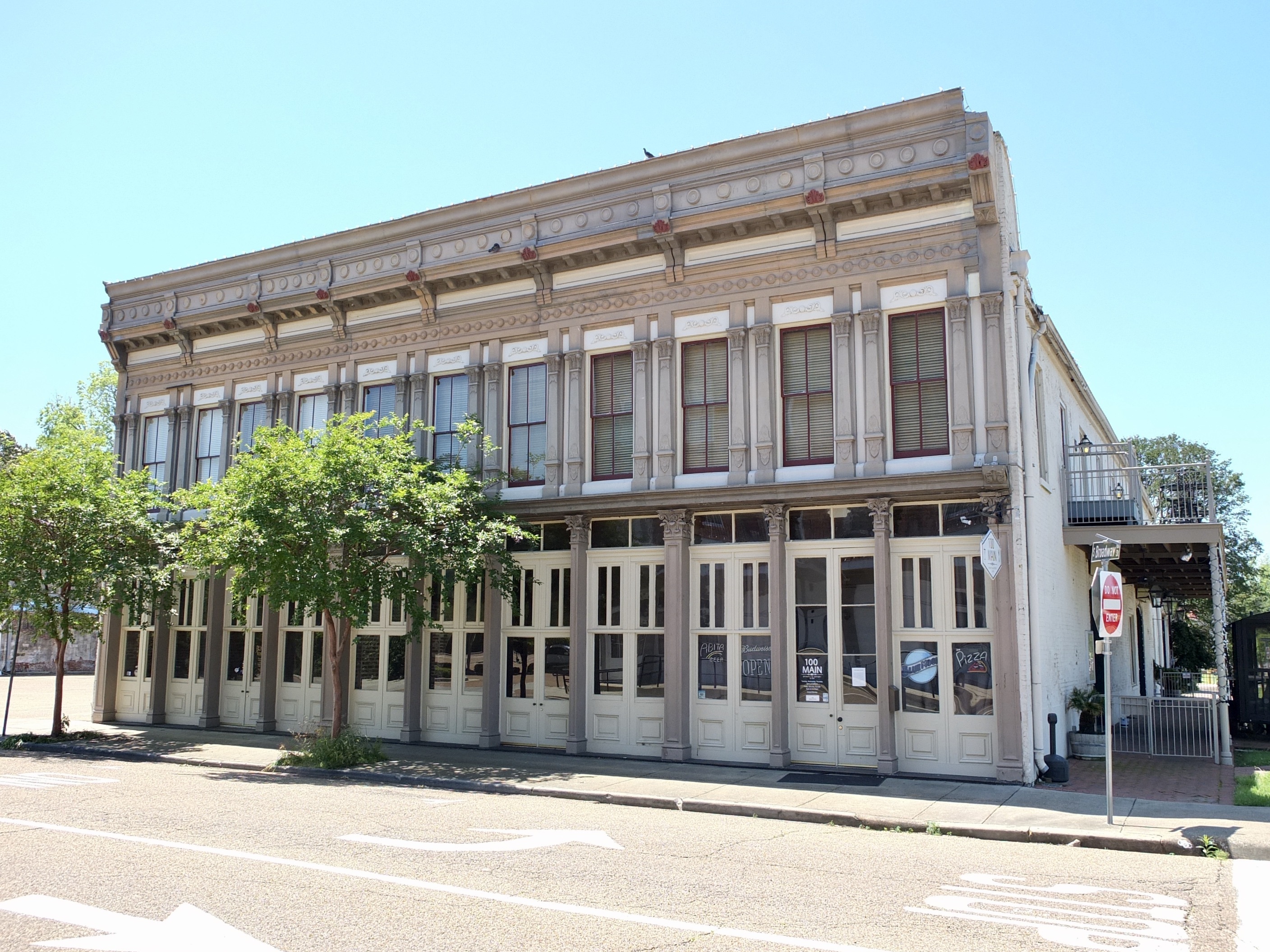